GODS OF SOCCER: The Pantheon of the 100 Greatest Soccer Players (According to Us)

Preorder Gods of Soccer to get exclusive thank yous! An invitation to an exclusive virtual launch event on October 11 AND a Men in Blazers patch. 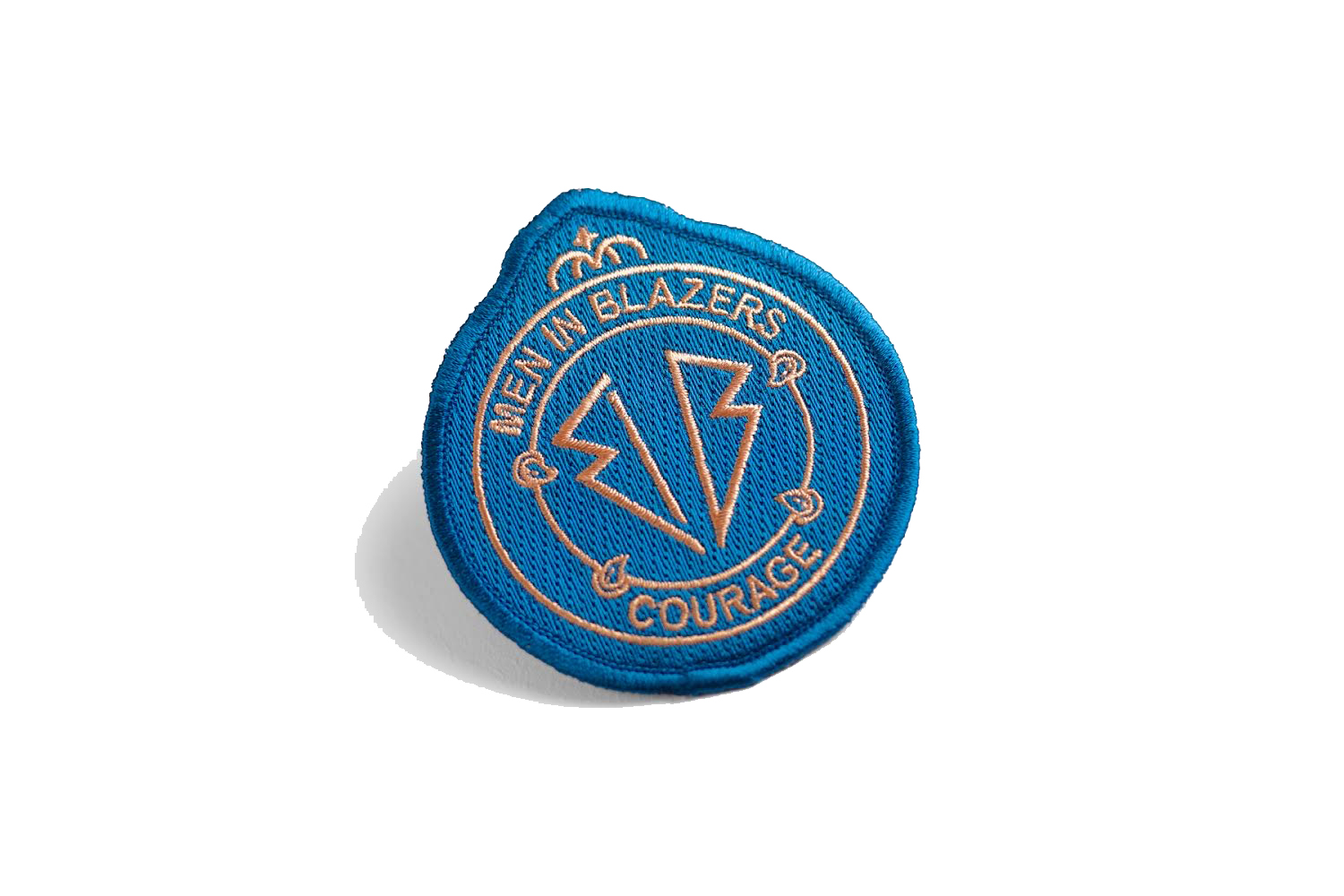 *Patch is while supplies last and will be mailed by the publisher, separately from the book.

(and claim your Men in Blazers patch)

*Event invitation will be sent via email prior to October 11. 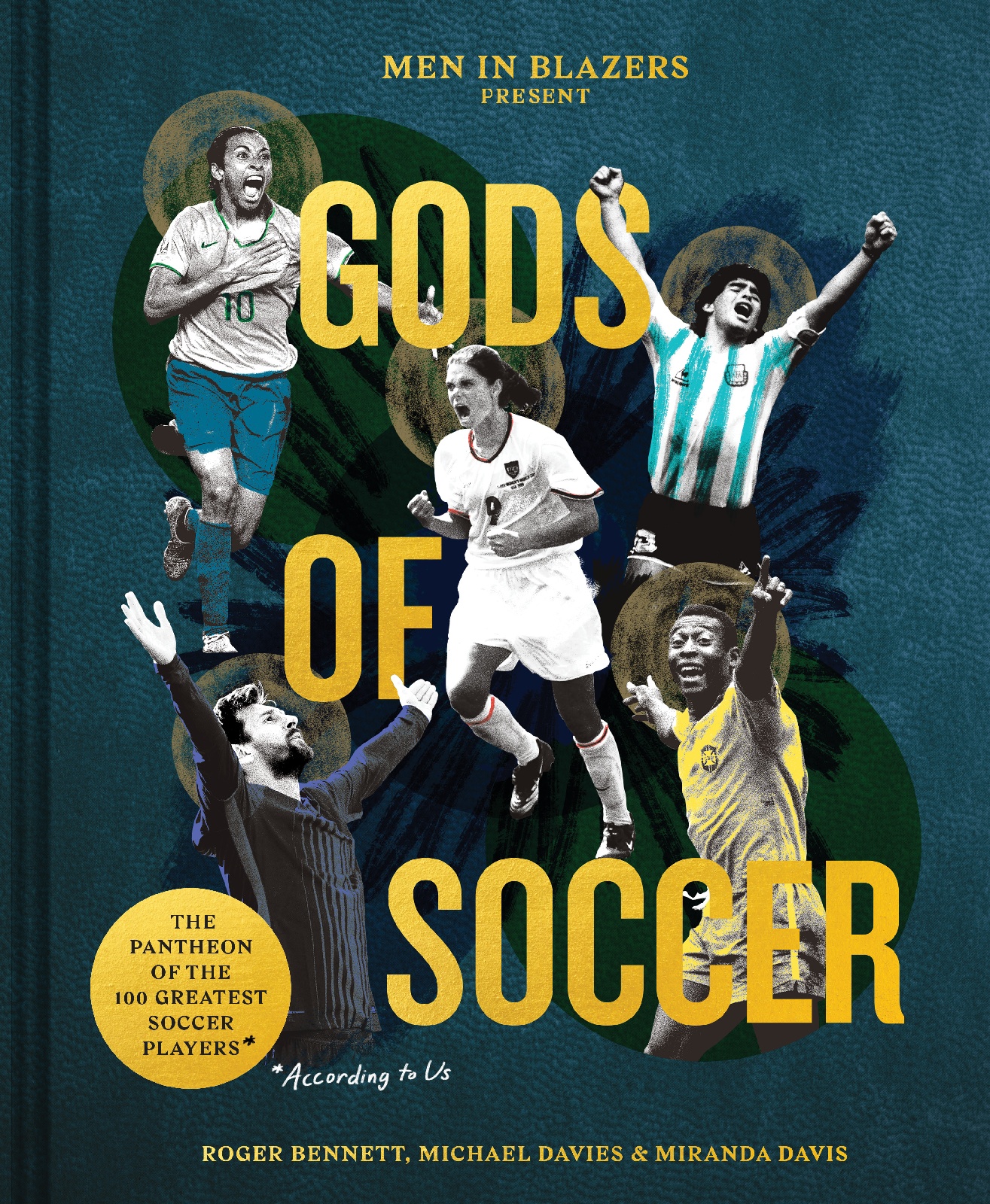 From the hosts of the popular podcast and tv show Men in Blazers, comes their completely scientific, 100% definitive, defend-to-the-death list of the greatest soccer players of all time.

Every fan has their own list of the 100 soccer players they consider the greatest ever to play the game. A list based on triumphs, sublime moments of skill, superhuman tenacity, and telenovela-esque backstories. To the list-maker, that 100 feels objective. Unequivocal. An absolute truth.

Written with the same signature Men in Blazers humor found in their New York Times bestseller Encyclopedia Blazertannica, and accompanied by Nate Kitch's iconic photographic illustrations, Men in Blazers share the stories of household names like David Beckham and Alex Morgan, along with cult icons such as Garrincha, the Brazilian star of the 1960s who was born with one leg six inches shorter than the other, and Briana Scurry, a trailblazer who paved a path for young Black soccer-playing women. Page by page, you will revel in the depictions of players you adore, discover tales you have never heard, and experience vivid stories of dreams, loyalty, perseverance, creativity, and luck. Together, they form an alternative telling of the history of soccer, tracing the evolution of the men's and women's games around the globe, one unlikely, unbelievable, unforgettable career at a time. Thanks to the transcendent career arcs depicted within, Gods of Soccer is rife with tales that will make readers' hearts soar. Encourage them to dream. And then quickly rush off to make their own lists.

Roger Bennett is a writer, broadcaster, filmmaker, and founder of the Men in Blazers Media Network. He is the New York Times bestselling author of (Re)born in the USA, and the coauthor of Encyclopedia Blazertannica. He lives in Bedford, New York.

Michael Davies is a multiple Emmy award–winning producer of many shows, including Who Wants to Be a Millionaire, the cohost of the popular NBC show Men in Blazers, and the coauthor of the New York Times bestseller Encyclopedia Blazertannica. He lives in Bridgehampton, New York.

Miranda Davis is a producer at Men in Blazers. She lives in Manhattan and reluctantly shares her birthday with fellow Pennsylvanian Christian Pulisic. She has a degree in Film and Media Studies from Columbia University.

Nate Kitch is an award-winning illustrator whose work has been featured by the Guardian, the Economist, the New York Times, the BBC, and many more. He lives in Oxford, England.